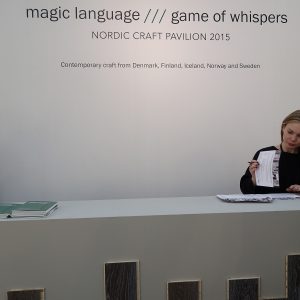 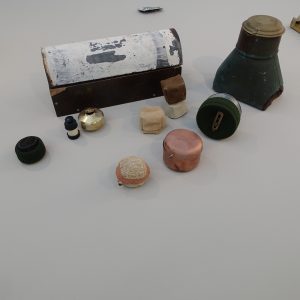 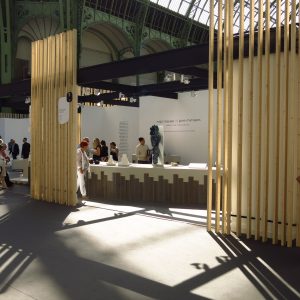 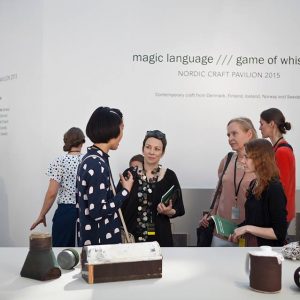 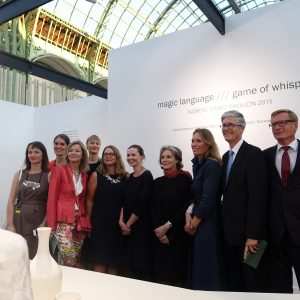 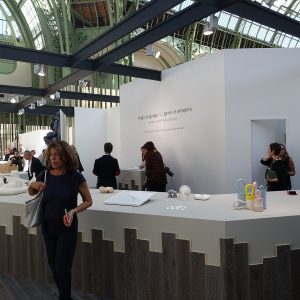 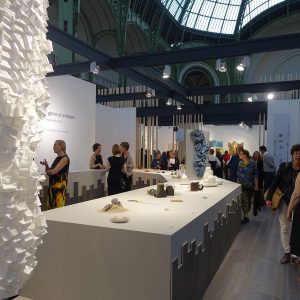 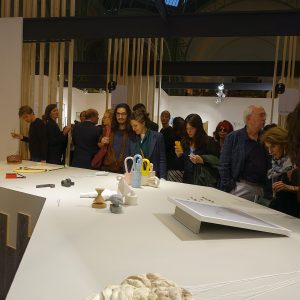 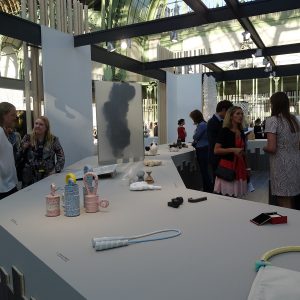 magic language///game of whispers is an innovative curatorial concept based on the children’s game known by many names, including ‘téléphone arabe’, ‘chinese whispers’ and ‘the messenger game’, where a person whispers a message to the next, passing the message through a line of people until the last person announces the message to the entire group. Curator Marianne Zamecznik developed this method for selecting contemporary crafts from across the Nordic region.

– magic language///game of whispers not onlydraws upon a forgotten way of creating new meaning, but is also a way to engage five curators, institutions, and countries in the process of exhibition-making. The game of whispers itself becomes a tool to generate texts, images, reflection, dialogue and engagement. Instead of having one curator travelling from place to place to select works – the objects themselves travel and “select” their counterparts with the help of the curator-as-translator, says Zamecznik about her curatorial method.

Five Nordic craft associations have carefully selected their national curator for the “game”. They were asked to respond to an introductory statement by Zamecznik and select objects from images and a statement about the previous object. The process continues in a sort of relay race, where one curator after another selects a work to be included in the exhibition.

magic language///game of whispers is inspired by the book ’The Order of Things’ by Michel Foucault, in which it is explained how classical thought organizes the understanding of things based on a ternary code, as opposed to the more dominant binary code (the signifier and the signified). In addition to the meaning and the shape of a thing, the theory operates with a a third element, the ‘conjuctor’. The role of this third element is to place things in relation to each other according to principles of sympathy or antipathy, and in so doing create seemingly infinite chains of comparisons and connections between things. A thing’s relation to other things is also expressed in the way things are presented or displayed. The ‘conjuctor’, or third element, can be understood as a sort of interpreter.

When there was a likeness, such as between the walnut and the brain, the renaissance person would immediately make a connection between the two, thinking that eating the walnut might be good for the brain. If another person found this thesis to be plausible, a new understanding of this connection would be established. So infinite was the chain of comparisons and connections that it became difficult to organise knowledge. Beliefs were often based on magic texts and religions.

Later, Carl Linneus introduced the idea of categories, and as a result similarity became less important and difference became more important. The process lead to what we know as scientific classification, which is based mostly on the idea that things are different.

magic language///game of whispers aims to re-engage the understanding of how things relate to the world not by separation, but by likeness.